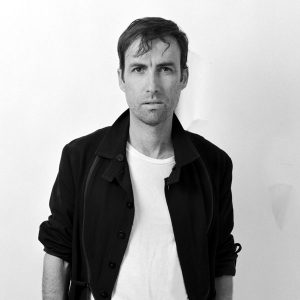 With his new album, Are You Serious, Andrew Bird has widened the breadth of his art by directly reflecting his own human experience. With key contributions from Fiona Apple and Blake Mills, Are You Serious attains a level of expression that’s a personal, evolutionary leap. “Here I am with my most unguarded, direct, relatable album to date,” Bird says, “Go easy on me.”

“I set out to make a record that’s different than any I’ve made before,” he explains. “I wanted to make an album musically crafted like a Wrecking Crew session, where you have to be good. There’s less wordplay and more intention to process some brutal times that I went through. What happens when real ordeals befall someone who has always been happy writing from their imagination and the distance of the third person? Who has time for poetics while grappling with birth and death? What’s the role of sincerity for a songwriter who doesn’t really go in for the confessional thing? This is what I struggled with for this record. I suppose the title could be poking fun at my own foray into the confessional realm.”

Are You Serious is the second record Bird has made with producer Tony Berg, following 2005’s breakthrough The Mysterious Production of Eggs. “Tony and I spent months preparing for Sound City,” says Bird, referring to the legendary Los Angeles studio where Nirvana recorded Nevermind and Neil Young made After The Gold Rush. “We went through every part of every song, every note, scrutinizing the voicing of the chords, finding melodically interesting ways to move from one chord to the next. I decided to work with a producer because I wanted the recording process to be more rigorous. Novelists have editors and playwrights workshop their drama. Tony really played that role for me on this album.”

An up-tempo blitz addressing personal chemistry as a rearrangement of molecules, “Roma Fade” may be the album’s centerpiece. Its sense of longing – “from the tips of your fingers, every strand of hair…you may not know me but you feel my stare” – is based in part on how Bird met his wife, or rather, the times he saw her before they met. “It always seemed to be at a party, from fifteen or twenty feet away,” he explains. “‘Roma Fade’ and ‘Truth Lies Low’ present both sides of the phenomenon of observing and being observed. Desire draws a fine line between what’s romantic and what’s creepy.”

The album’s surprise revelation is “Left Handed Kisses,” a duet with the singular Fiona Apple. With Bird playing the skeptic and Apple the romantic, the stop-start ballad portrays two lovers who are philosophically opposed but inevitably drawn together. It feels like it could be a lost Johnny Cash/June Carter classic. “The song began as an internal dialogue,” Bird says. “At first it was just my voice. Then this other voice came creeping in and I thought ‘this should be a duet if I can find the right person.’ I needed to find someone really indicting. And Fiona does the pissed of thing really well! She was totally committed. The session was a long whiskey-fueled night. We were unhinged, for sure. All worth it, of course… I can’t write simple love songs. People are complex. My inclination was to write a song about why I can’t write a simple love song.”

“My favorite songs I write are the ones that change and adapt according to my mood,” says Bird. Album-opener “Capsized” is a prime example, having been in his live repertoire for close to a decade under various titles and guises. In the album’s recorded incarnation, “Capsized” is a propulsive gem evoking both the chamber-soul of Bill Withers and the backbeat of The Meters. Bird’s vocals are driven onward by drummer Ted Poor and bassist Alan Hampton. The musically expansive nature of Are You Serious is due in part to ace ensemble players like Poor and Hampton, and the guitar playing of Blake Mills. “Blake raises the bar and gets where I’m coming from like few musicians I’ve met. He’s as restless as I am and gets the odd accents and microtonal stuff that’s outside western music.”

The album closer “Valleys of the Young” encapsulates the album’s themes. This is what Andrew means of when he uses the word “brutal.” “For years now, the code I’ve been trying to crack is how to translate plain- spoken real life into song and have it meet my melodic, syntactic standards. There are no riddles here. No encryption. I’ve lef the valley of the young, the small-seeming dramas, the brunch and misery, for a far more perilous place where your heart breaks from cradle to grave. The musical setting for this had to ensure that both young and old listeners can relate. Tony kept making us look at photos of the dust bowl storms raging across the prairie, the ones that made Woody Guthrie sing ‘So long it’s been good to know ya.’”

Jettisoning established methods begets reinvention. This is part of the great success of Are You Serious. See how it plays out in person on Bird’s 17-date Spring 2016 tour, kicking of March 30 at The Ryman in Nashville. “I never walk onstage knowing what I’m doing,” says the artist. “It’s a shrug-of-the-shoulders approach and people like it, it seems human to them. I began playing with the idea of reinvention, so that onstage a wild untamed thing can happen. I wanted to make a record that lets me subvert or expand my on- stage personality.” A personality now ready to answer the question, Are You Serious.