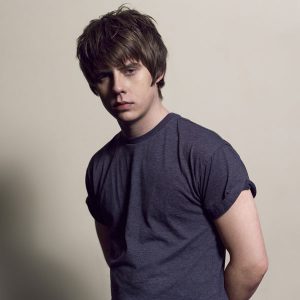 In Jake Bugg’s hometown of Nottingham it’s a habit of speech not to say “on my own” but “on my one.” “As in, ‘Whadya leave me on my one for?’” explains Bugg. “It’s just something we say in Notts. But in a lot of ways it sums up this record because it mainly has been just me on my own. The first album where I’ve written everything myself, and produced a lot of it myself. There are a few tracks with other musicians but most of it is just me playing all the instruments, including bass and drums. A proper one man band. So it’s been a very solitary process.”

Written and recorded when Bugg was still 21, On My One is the strongest testament yet to the talent of one of the most prodigious British singer-songwriters to emerge in the last five years. Bugg’s incredible ascent began in 2012 when his self-titled debut album entered the UK charts at number one (aged 18, making him the youngest British male artist ever to do so), going on to sell double platinum and shortlisted for the Mercury Music Prize. Success only accelerated Bugg’s creative momentum, releasing a follow-up twelve months later, 2013’s richly textured Shangri La, recorded in Malibu with Rick Rubin. That album returned Bugg to the top five, earning him his second Brits nomination, a landmark show at London’s Royal Albert Hall and a UK arena tour climaxing at a sold-out Alexandra Palace. Between their various collaborators both albums provided Bugg with an invaluable foundation – so when the time came to make his third, he was finally ready to go it alone.

“I was only 18 and 19 making my first two albums,” says Bugg. “I worked with loads of really good people, producers and co-writers, and I learned a lot from them, whether in the studio or just helping with song ideas. I see it like making those albums was my version of going to college, my musical education. When I finished touring Shangri La at the end of 2014 I’d already decided I was going to take a whole year and do the next one entirely by myself. I wasn’t trying to prove a point, it was purely for my own sake. I saw it as the logical next step in my development as a songwriter. It was a challenge, but something I felt I had to do.”

Recorded in London, Los Angeles and his native Nottingham, On My One allowed Bugg space to stop and take stock of his life for the first time since embarking on an unbroken cycle of recording and touring in his teens. As he sings on the opening title track: “Three years on the road/Four hundred shows/Where do I call home?/No place to go.” Echoes of Hank Williams’ “Ramblin’ Man” whistle through Bugg’s haunting bluesy autobiography of “a poor boy from Nottingham”, the album’s overture that might just as easily be called The Loneliness Of The Long-Distance Troubadour. “One day I picked up my guitar, started strumming and those words just came out as they were,” he says. “There’s a lot of that sentiment on the album which is why it works as a title. It’s a lonely record in more ways than one. But those are always my favorite songs, the sad and the dark ones.”

None are sadder or darker than “The Love We’re Hoping For”, a beguiling acoustic lament conjuring the Harvest vibes of vintage Neil Young. Or perhaps not? “It was actually Ozzy Osbourne,” laughs Bugg. “I was staying in Le Parc Suite, West Hollywood, the hotel where Ozzy famously stayed in his room going mad for three months without leaving. There must have been something in the air as I was in a dark room and wrote a dark song. It’s about a specific someone who doesn’t want to go out and keeps their curtains drawn. But I think we all have days when we feel like that, so it could be about anyone.”

A contrastingly sweeter shade of loneliness can be found on All That, a tender ballad of ships that pass in the night. “It’s about seeing the different places girls live, and the kinds of places they aspire to live in. That dream of having the perfect house by the sea.” Bugg’s innate fondness for folk, blues and country also vibrates through the infectious “Livin’ Up Country”, the boom-chicka skiffle “Put Out The Fire” and the closing “Hold On You”. “I was listening to a lot of old country, like The Louvin Brothers. Those songs are fun to play, and it’s nice to have a few that hark back to my earlier stuff. But the rest of this album is very different. I really wanted to experiment and it was exciting just trying new things. I think a lot of people will be very surprised when they hear it.”

The dramatic groove of ‘Gimme The Love’ is the first of those pleasant surprises, a heady maelstrom of funky drums and wah-wah guitar as Bugg airs his grievances about his paymasters. “It’s about the music business, yeah! I’ve always been quite bitter and cynical about contemporary pop music, so it’s partly about that frustration, wishing it was better. And it’s also a bit of an in-joke as my label told me to go away and write a single. So I went home to Nottingham and thought, ‘Right, I’ll write one about you lot!’” The same session also produced Bugg’s boldest musical departure so far, the blues-driven rap “Ain’t No Rhyme”. “It was an idea I had, this hip hop thing with a guitar groove. I recorded it with me rapping always thinking that I’d get somebody else in, a proper MC, to replace my vocals, but it ended up as it was. The rap’s just about where I’m from, Clifton in Nottingham, which I sang about a lot on my first album and it hasn’t changed. Every time you go back you can’t avoid the horror stories and there was a stabbing in the news, so I wrote it while I was there and as things were happening.”

Equally unexpected are the soulful “Never Wanna Dance” and the stomping “Bitter Salt” (with Bugg’s “Jefferson Airplane inspired” electric solo), both recorded in Los Angeles with Jacknife Lee. “He was good at adding strings and different sounds to the songs I’d already written,” says Bugg. “’Bitter Salt’ was recorded as a folky thing but then I went away and came back to the studio the next day and Jacknife had put all these dance synths on top of it. Not how I imagined it would turn out but it sounded great so I kept it.” Lee also set the sonic scenery for the standout “Love, Hope And Misery”, a classic pop ballad blending the lustrous melancholy of Abba with the melodrama of Gene Pitney. “I wanted something with an epic pop chorus because I hadn’t done anything like that before. Along the lines of Nilsson, or Bill Withers. The best thing was we actually got in Withers’ drummer, James Gadson. He’s in his seventies now and he’s just the coolest guy. He sits there chilling, eating fish and chips, and then laying down these amazing drums. He’s my favourite drummer so to have him playing on this record was a personal highlight.”

For all its stunning diversity, perhaps the real triumph of On My One is its unity: whatever the sound, its heart, from first strum to last, beats firmly to the blues. “That’s how I see it,” agrees Bugg. “Blues is my favourite genre. Whether it’s soul or hip hop, it all stems from the blues anyway. To me the blues just means singing your emotions and expressing your pain so others can feel it. That’s the beauty of music. If nothing else I’d like to think I’ve done that with this record.” To make three albums by the age of 22 is no mean feat. But to single-handedly make one like On My One, shapeshifting from blues to pop, rap to folk and soul to country through consistently great songwriting is remarkable. As Bugg himself might say: not bad for a poor boy from Nottingham.