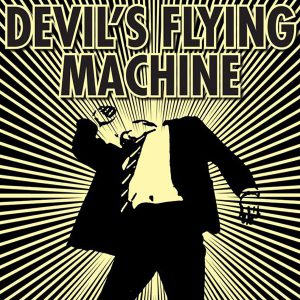 Charlie Parr is a roots musician like no other today. The Minnesota musician has built a frenzied following of fans around the world with his energetic performances and 12 records. On his 13th album and Red House Records debut, Stumpjumper, Charlie showcases his blistering finger-picking as he switches between acoustic guitar, dobro and banjo — and keening, cut-through-the-crowd vocals that resonate with a conviction that runs deep and true. It’s the music of a self-taught guitarist and banjo player who grew up with his dad’s recordings of America’s musical founding fathers, including Charley Patton and Lightnin’ Hopkins, Woody Guthrie and Leadbelly. His heartfelt and plaintive original folk blues and traditional spirituals don’t strive for authenticity: they are authentic.

Parr’s inspiration is drawn from the alternately fertile and frozen soil of Minnesota; his songs exude a Midwestern sensibility and humility. Parr grew up in the Hormel meat packing city of Austin, MN (population 25,000) where most of the world’s favorite tinned meat, Spam, is still manufactured. The combination of growing up with both of his parents working proud union jobs in an industrial meat factory and his largely rural environment had a broad impact on Parr. “Every morning you’d hear the [factory] whistles blow, when I was a kid they had the stockyards and animals there, so you were surrounded by this atmosphere,” Parr says. Out the back door were soybean fields, as far as the eye could see. “As a kid I thought it was kind of boring, but now I go and visit my mom and I think it’s the most beautiful landscape there is.”

Most of his recordings to date have eschewed typical studio settings; he’s recorded in warehouses, garages, basements and storefronts, usually on vintage equipment, which gives his work the historic feel of field recordings. It’s not because he wants to sound like he was discovered 75 years ago by Alan Lomax; it’s because most modern recording studios make the reticent and self-effacing Parr feel uncomfortable. After a health scare a few years back, he lives very simply, no alcohol and a vegan diet, often cooking up his rice and beans on his engine manifold on the lonely, cross-country drives. He doesn’t go in much for fashion and frills and lives simply on the road, usually sleeping in his car.

The songs for Stumpjumper were written on the road, where Parr, touring solo, spends a few hundred days a year. “I was in a cocoon, traveling alone with my guitar, spending entire days without saying a word out loud.” Overwhelmed by the endless stream of bad news he was hearing, Charlie flipped off his radio and drove in silence to North Carolina to record at producer Phil Cook’s studio in rural Hillsborough, NC, where he met his “band” for the first time.

The songs are inspired by family members, the Bible, overheard conversations and places in his life. A native Minnesotan, he draws sustenance from the surprisingly large, thriving and mutually supportive music scene of Duluth. Parr’s 2011 album of traditional songs, Keep Your Hands on the Plow, features locals including Charlie’s wife, Emily Parr; old-timey banjo/fiddle band Four Mile Portage; and Alan Sparhawk and Mimi Parker of Low. The title track finds Charlie tapping into his childhood. “Songs aren’t normally very autobiographical for me, they’re more like stories, but this one is different,” he says. “I can see a 1966 International Harvester pickup truck with no hood and four snow tires, breaking land-speed records on my way to my job in a filling station.”

Quiet and thoughtful, Parr always includes a few traditional songs of the hard life and the hereafter in his live sets. Such music isn’t necessarily rooted in the Methodist church in which he grew up: “It was more like, let’s get the service over quick so we can get downstairs and drink coffee and have pie!” But faith, though undefined, underlines all of Charlie’s music, both in the listening, the covering, the writing and performing.